Where Are They Now? – ETSU Digital Media
Skip to content 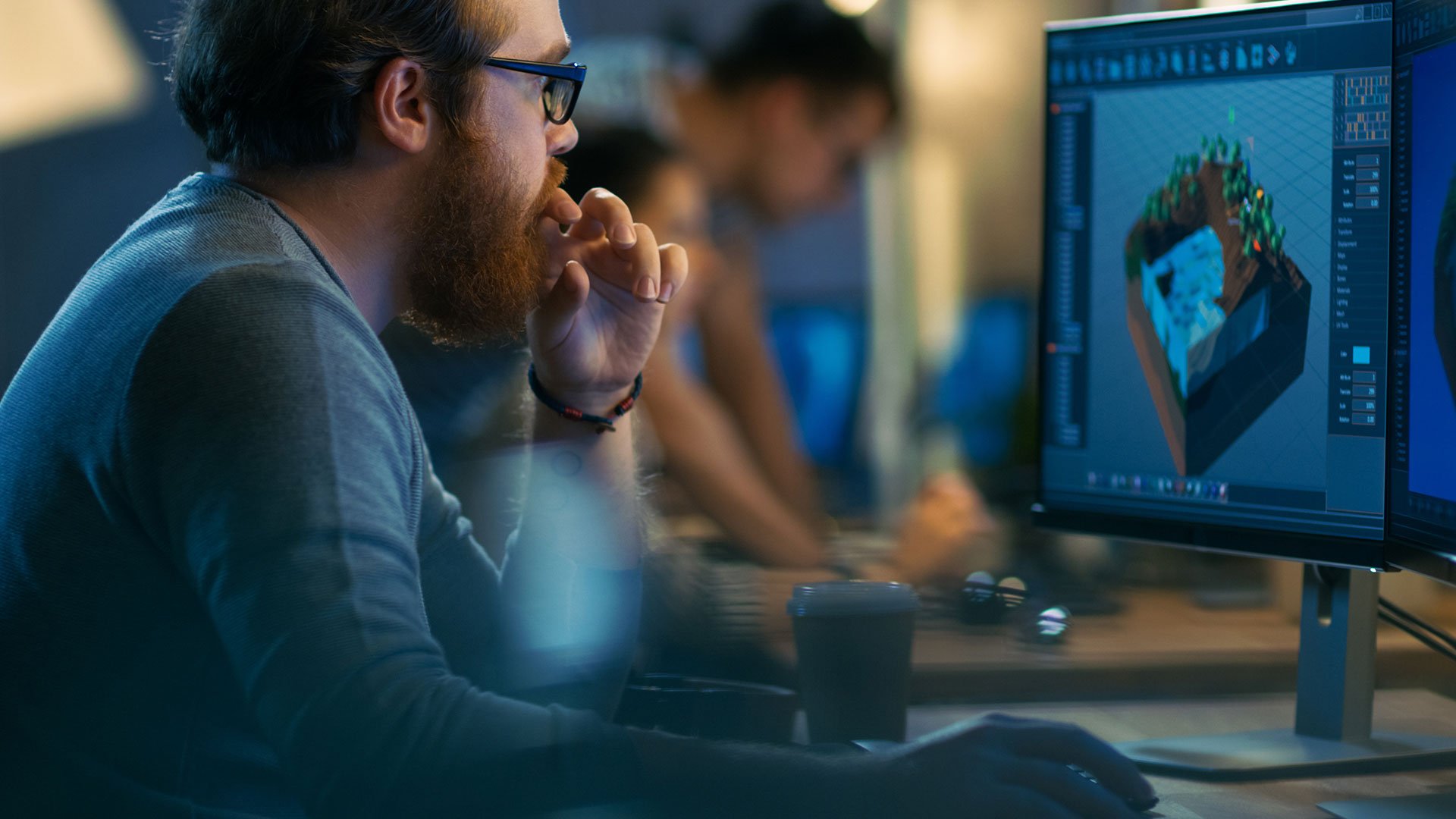 Our Alumni have had success in a number of different areas. You may have seen their work in Kung Fu Panda, World of Warcraft, The Last Jedi, The Walking Dead, Thor Ragnarok, Halo, Charlie Brown and other large entertainment properties. You also see alumni work with broadcast designers, advertising and marketing designers, modelers on HGTV, and technical directors behind the scenes. The work has been as varied as the students themselves.

“I am working as a UI artist at Volition. I am the lead UI artist for our current project and my work consists of working with other teams, driving the direction of the interface, and making some cool art! I love being able to take my work from mock up to animated screens in game and I can’t wait for everyone to see what we’ve been working on!”

“I graduated from ETSU with a B.S. in Digital Media and a Film Studies minor in 2016. In November of the same year I moved to Westminster CO to work as a Level Designer for the game studio Idol Minds. One of my favorite aspects of the job is working with all the different departments to create a cohesive and exciting final product. I am currently working on an undisclosed Cinematic Adventure Game in the Unity Engine. The fact that it’s top secret should be a good indicator that it’s pretty neato!”

“I graduated from ETSU in 2015 with a B.S. in Digital Media and interned with Ingenuity Engine in LA doing lighting and rendering in the summer before my senior year.  After graduating I went back to work with Ingenuity.  Now I’m full time freelancing in LA.   I’d say my favorite job was working on the Xbox One S reveal for E3.”

“I’m a compositor at Blue Sky Studios, currently working on the movie Rio 2. I love what I do – putting the final rendered layers together, making sure everything blends together seamlessly, and even creating some effects. I’ve also learned a lot about how the work gets passed through the pipeline of a large studio.”

“I used to say “I light things digitally” and then went to “I make things look pretty.”  Now I say I’m a 3D Artist.  What I do is assist in lighting and creating digital assets for vehicles and other objects in a digital space.  This, for the most part, is cars but there have been other lighting situations, such as a kitchen, shoes, or a jet, that need to be realistically lit.”

“I’m working in the Creative Services department at WVLT –  a CBS affiliate in Knoxville, TN. I enjoy the wide variety of small scale video projects while still having long term pieces to really invest my time into. My position requires a mix of graphic and stylistic 3D element compositing with live footage. At the same time, I am in charge of the full production of commercial and promotional spots. It keeps my hands busy in all aspects of video production on a daily basis.”

“I’m a special effects artist at Vicious Cycle. What I like about my job is that there’s always a challenge—the effects have to look good but they also have to run in a real-time game environment. I get to use my artistic side to make something pretty and my technical side to make it work!”

“I’m a 3D Designer at Adidas—part of small team of generalists. I translate footwear and apparel designer’s work into 3D renders. I also create visualization renders and animations. There is a lot of creative license with the viz projects, which is a fantastic change of pace.”

“I’m a roto/paint artist and compositor working for Luma Pictures in Los Angeles, California. My credits include Thor, Captain America, Xmen:First Class, Fright Night, and several others currently in production. I hope to someday be a director and use my storytelling skills to create the next generation of cinematic films.”

“I am currently working as a contract animator at Ubisoft/Red Storm Entertainment in Cary, North Carolina. Part of my job as an animator is to clean up and polish motion capture data. We also do a lot of facial and creature animation for a number of games that will released in the coming months.”